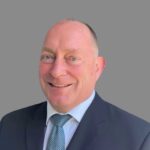 James has over 17 years of investigative experience as a Special Agent with the Federal Bureau of Investigation (FBI). His career began in 2004 at the FBI’s Washington Field Office, where he investigated Cyber Threats to National Security. James worked closely with Intelligence Community Partners, investigating cyber intrusions targeting sensitive governmental and non-governmental networks.

In 2009, James was assigned to the Safe Streets/Cross Boarder Task Force, where he conducted criminal investigations of large-scale narcotics distribution organizations. James led complex criminal investigations in coordination with the Drug Enforcement Administration (DEA), the Bureau of Alcohol Tobacco, Firearms and Explosives (ATF), Homeland Security Investigations (HSI), and State and local agencies. James worked closely with the United States Attorney’s Office and has testified on numerous occasions before federal court and grand juries.

James also served as a Field Training Agent (FTA) for the FBI. He provided instruction to new Agents in the policies and procedures of the FBI; and in the application of concepts learned at the FBI Academy to actual field investigations and operations. James has extensive experience in the use of the various investigative techniques, including physical and electronic surveillance, conducting interviews, and the utilization of undercover agents and confidential informants.

James graduated from the College of Charleston in 1996, with a Bachelor of Science Degree in Marine Biology. In 2001, James obtained a Master of Engineering Degree, in Computer Engineering, from the University of South Carolina.