You are here: Home / News & Information / Famous Tax Evasion and Tax Fraud Cases and How to Avoid Becoming One of Them

Benjamin Franklin said, “In this world, nothing can be said to be certain, except death and taxes.” Despite this truth, people keep trying to avoid them both. 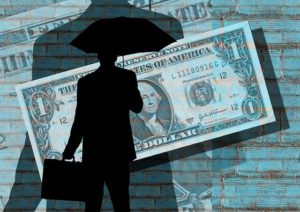 Unfortunately, many people resort to illegal means to avoid the inevitability of taxes.

Tax evasion and income tax fraud don’t just occur to the rich and famous. Many ordinary people with average income make the same mistakes; they are just dealing with fewer zeros. The IRS is not someone you want to trifle with. They will hunt you down and make your life miserable until you pay.

What can you do to avoid tax evasion and tax income fraud?

No one enjoys paying their taxes.

It’s tempting to rationalize illegal practices to keep more of the money that you earned. However, tax evasion and income tax fraud is a path that leads to crippling consequences not just financially, but relationally including jail time, loss of your business, and soiling your good name. Keep on the straight and narrow and treat your taxes with integrity and honesty. Consider another saying of Ben Franklin: “honesty is the best policy.”

If you suspect that you have been a victim of tax fraud, or if you are questioned by Criminal Investigation (CI) Special Agents of the IRS, please contact Quick Group. We can use our investigative skills and years of IRS experience to get the information needed to make things right.